No matter where you decide to travel and study abroad in New Zealand you can’t go wrong. From the beautiful beaches up North Island, to the amazing mountain ranges of the South island, planning your trip will always be well worth the time and effort. These are some of my favorite spots both on the North and South Islands that might help you when putting together an itinerary.

I’ll start with the North Island since for most of my time abroad I was there living in Wellington (found in the southern part of the North Island). First of all, you must visit Wellington. It is my favorite city in the entire country and not just because it was where I lived and studied abroad. The culture of the city is amazing, with so much going on and you can always find something to do. Whether you go down to the water front and enjoy the amazing view, Hike Mount Victoria which is right in the city, explore the many different coffee shops (Cuba Street), or go to the AMAZING Te Papa Museum (it’s free) there is no shortage of activities in Wellington. The night life in Wellington is also a great time. A favorite of mine and my friends was Boogie Wonderland and Electric Avenue. It’s  never a bad time out on the town in Wellington.

If you move further north, you’ll reach Napier that has beautiful wineries that you can check out. These are a really cool experience even if you’re not the biggest fan of wine.

The next place you have to see is Rotorua. There is a constant sulfur smell because of the geothermal activity, which is really cool but I’m warning you now, it stinks. There is a lot to see in the area. You can go Zorbing, where you roll down a big hill in a huge ball which is a New Zealand must do as it is the adventure capital of the world.

From Rotorua you can take about a one-hour drive to go to Hobbiton in Matamata. I am a huge (that’s an understatement) Lord of The Rings and Hobbit fan so there was no way I was not going to see Hobbiton. It was one of the highlights of my trip and was a nice check off my bucket list being in the country where most of the movies were filmed.

Next for a must do in the North Island is the Tongariro Circuit. There you will find the Emerald Lakes and also you can hike Mount Doom (another nerdy Lord of The Rings thing). It is one of the great walks and is a really fun thing to do with a group of friends.

Above that there is the Bay of Plenty and the Coromandel Peninsula. These places have beautiful beaches like the hot water beach and also Cathedral Cove. Cathedral Cove is an amazing little beach area that is about a 10 minute walk from the car park (that’s “parking lot” in New Zealand language) and is a really cool place to check out of you get the chance to get that far north.

As we continue our climb up the North Island the next stop is Auckland, which is much bigger city with an international airport. There is so much to do there and has some really cool sights. There is the Sky Tower as well as plenty of bars and clubs to keep you occupied on a night out.

Finally, for your last North Island stop, I recommend seeing the Bay of Islands, which is just off the top north coast of New Zealand. Being located this far north; it’s the warmest part of the country and has beautiful beaches with lots of water activities available.

I personally spent most of my travel time on the South Island because there were lots of opportunities to hike there.  At the northern portion of the island there is the Abel Tasman National Park, which has lots of different hikes you can do. This is one of the Great Walks, which to do the entire thing takes a total of roughly 9 days. We did 1 day of it and it was a really pretty hike. One minute you are in the woods walking along, and then suddenly you are on a beautiful beach with amazingly blue water to take a refreshing swim.

As you move further south, a stop in Nelson/Marlborough is always a good choice. There is a bike tour you can do of all the wineries which is an awesome time. Two of my friends rode a tandem bike and had a blast. Again, if wine isn’t your thing, the experience is worth it because there is also a brewery. Moa, a local craft beer in New Zealand has one of its brewery’s along the wine tour route.

Christchurch is also a major point of destination on the South Island. The city has recently gone through a tough time with a massive earthquake that hit a year or two ago, but it still has its lively vibe as it slowly rebuilds itself. Below Christchurch is where the awesome hiking begins.

There is Mount Cook, the biggest mountain in New Zealand at 12,000+ feet. While you probably won’t hike to the top of that, there’s Mueller Hut where you can stay overnight and wake up to an incredible sunrise over the mountain range. It can get cold up there so dress warmly. If you travel just west of you at Mount Cook, there are the Fox and Franz Josef Glaciers. These are a 100% must see during your time in New Zealand, as they are an incredible sight and truly remarkable.

Farther down back towards the middle of the island is Wanaka. While it is not as popular of a destination as its next closest city Queenstown, Wanaka is a beautiful little town with an amazing lake and a good amount of hikes to get a great look of the lake. As mentioned, there is Queenstown.  First and foremost, if you love burgers, you must go to Fergburger. This is by far the best burger I have ever had and a trip to Queenstown is not complete without getting one (or five). Queenstown is known for it’s extreme sports. Bungee jumping at the AJ Hackett Bridge (first bungee jump site ever), skydiving, or any other sort of extreme activity you can think of you can do it in Queenstown.

Around Queenstown you can also get to the Routeburn Track and the Kepler Track. Both are beautiful 2-3 day tracks that you can camp and stay in a hut. These tracks are part of the Great Walks, which are 9 hikes that have been deemed by the New Zealand Department of Conservation as the best in the country. Also in this Area is Milford Sound. The drive to the sound in itself is incredible, but when you get there you will be blown away from the sights. The boat cruise (which last around an hour) is well worth the drive, as you will see amazing waterfalls and some wildlife like seals or even penguins.

Finally, there is the bottom of the South Island where Dunedin and Stewart Island are. Dunedin is a big college surrounding a modest city. It’s a college city: University of Massachusetts Amherst is a popular comparison to Otago University, which is the name of the school in Dunedin. Below that a ferry ride away is Stewart Island. There one can do another great walk along beaches and forests, and if you’re lucky maybe you’ll see the southern lights.

As you can tell, I had a lot of highlights while traveling around New Zealand and can’t recommend both the North and South Islands enough. In terms of planning your travel in New Zealand, it just comes down to how much of it you can fit in during your time abroad. Do and see as much as you can because trust me when I tell you that you won’t regret it. 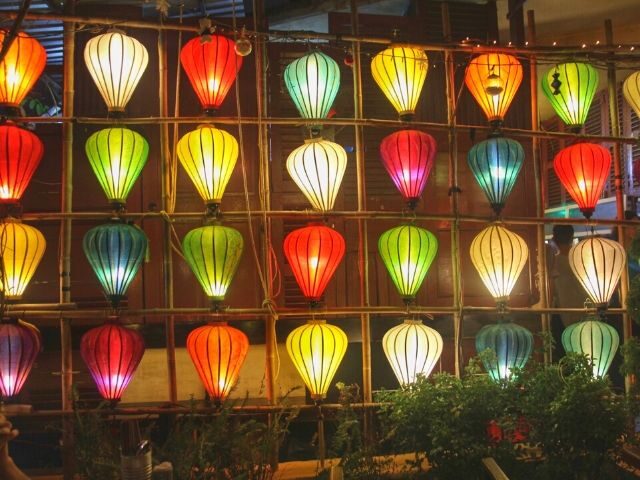