A Beginner’s Guide to Food in Vietnam

When traveling to new countries the first and, in my opinion, best way to gain insight to the culture is to eat!

Throughout history, Vietnam has had very unique cuisine that varies regionally throughout the country. While rice is a staple throughout the entire region of Southeast Asia, Vietnamese food has a fascinating mixture of Asian and French influences, stemming from colonization by the French several centuries ago.

Eating in Vietnam is a multi-sensory experience. Traditional long grain rice is widely popular, but they’ve also used it to create many different types of key ingredients, such as rice noodles and rice paper. Southern Vietnam, and Ho Chi Minh City (formerly Saigon) in particular, has foods rich in flavor, scents and history.

Here is your guide to the local fare in Southern Vietnam.

While most people know what pho is due to its mass popularity in the United States, what often isn’t translated is how iconic this dish is all throughout Vietnam. Pho (pronounced like “fuh”) is a soup dish with rice noodles, thinly sliced beef, green onions, ginger, fish sauce and lime. It’s warm and savory and delicious any time of day. I remember my first day in Vietnam when my host sister took us to get pho for breakfast. I recall being a little confused at first but quickly realized that most Vietnamese cuisine is not dedicated to a certain time of the day in the same the way we have breakfast and dinner foods in the Western world. Here in Vietnam, it is completely common to slurp up a bowl of hot noodles to start off the day.

Another widely popular and appropriated Vietnamese meal throughout the world is bánh mì. While in most places outside of Vietnam, you have to go to a cafe or sandwich shop to get a bánh mì, that is not the case when you’re in the streets of any Vietnamese city. There are street vendors and carts on almost every corner serving up some of the best bánh mì around. These sandwiches often consist of paté, sliced meat, pickled root veggies such as daikon and carrots, cilantro and chilis on a French baguette. In Vietnamese culture, this is a grab-and-go type of meal that is super cheap and easy to find.

When diving into more local and traditional fare in southern Vietnam, you will often find a dish called cơm tấm, which is pronounced to sound like “gum tum” and loosely translates to “broken rice”. This plate, usually eaten in the morning, is a signature Saigon dish. The smell of juicy, savory grilled pork fills the air most mornings in Ho Chi Minh City and is intoxicating as you pass by the many roadside restaurants and stands that congest the makeshift sidewalks. Consisting of small broken grains of rice, cơm tấm is usually topped with pickled vegetables and paired with grilled pork and other various meats. This iconic dish stems from the conservative nature of Vietnamese life where nothing is left to waste.

While rice is one of Vietnam’s major exports, there are grains that break in the milling process and are not suitable for export sales. Most of these broken rice grains stay in the country which has inspired this dish, giving the rice in cơm tấm a distinguished texture compared to traditional white long grain rice eaten in Southeast Asia.

Continuing with savory Vietnamese delights, there are countless other delicious options, bánh xèo being my favorite. Bánh xèo looks like a giant crepe, which is not a totally inaccurate observation. Many of the locals refer to this as a Vietnamese pancake, although it is hard to compare it to what Westerners know to be a pancake.

The tasty, crispy, crepe-like exterior is made from a batter consisting of turmeric and rice flour. It is then stuffed with pieces of pork, shrimp, bean sprouts and taro root. The proper way to eat this is to cut the entire “pancake” into strips and roll it up in rice paper with fresh damp leafy greens like lettuce, mint and morning glory. Once it’s all rolled up, it is dipped in the sauce bowl pictured below, containing a sweet fish sauce mixture. No one in Vietnam will tell you it’s wrong to play with your food here!

When thinking about food exports in Vietnam, rice almost always comes to mind first, then seafood. Fishing plays a huge role in the livelihood of Vietnamese people as near all of the eastern and southern parts of the country border the Pacific. That being said, freshwater fishing is often overlooked, but is equally as important in the economic and cultural prosperity of the country.

Freshwater seafood, particularly óc (snails, pronounced like “ope”), of all shapes and sizes are very popular in the southern region of Vietnam. With the Mekong Delta less than a hundred miles from Ho Chi Minh City, snails have become an inexpensive and tasty staple in southern-style cuisine along with freshwater fish and clams. There are countless methods of preparation for these freshwater creatures, some more tasty than others, but all very versatile. Pictured on the left are larger snails steamed and stuffed with herbs and meats. Larger snails are usually prepared like this, but the smaller varieties are often steamed and put into soups and stir-fries or eaten straight from the shell after being dunked into a delicious sauce.

While eating your way through Vietnam, it’s important to take a moment to acknowledge that the food you are tasting is a foundation of this country and its vibrant culture. From its small fishing villages on the coast, to the terraced rice fields in the north, food encompasses not just sustenance to Vietnamese people, but a way for people to gather, enjoy their company, support one another and empower their communities.

Trying the local food in Vietnam is more than just eating, it is a sensory experience. I was told by a local that “in Vietnam, we eat with our eyes too.”

There is no questioning this statement when experiencing the vibrantly colored and beautifully plated dishes that this country has to offer. Through the large spectrum of flavors, textures and colors, there is no way that you will forget the experience of eating in Vietnam! 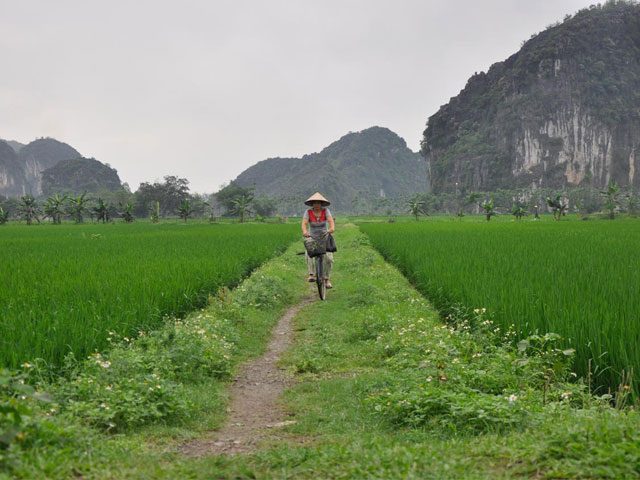 Vietnam: What Not to Miss 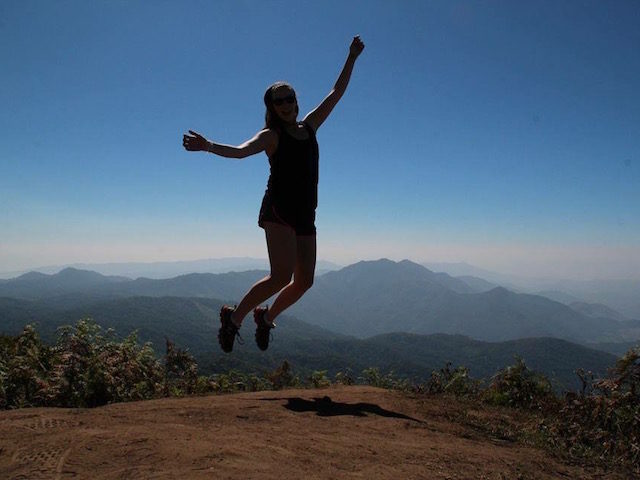 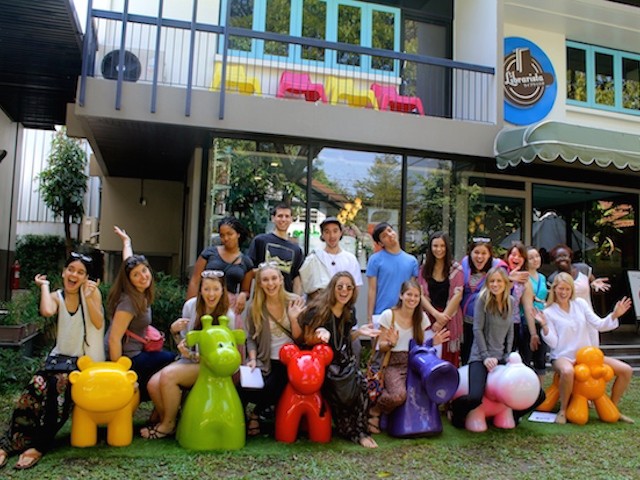 Unsure of the Path: LGBTQ Study Abroad in Southeast Asia

Being the only gay member of my family, I always grew up with my Vietnamese … Read more 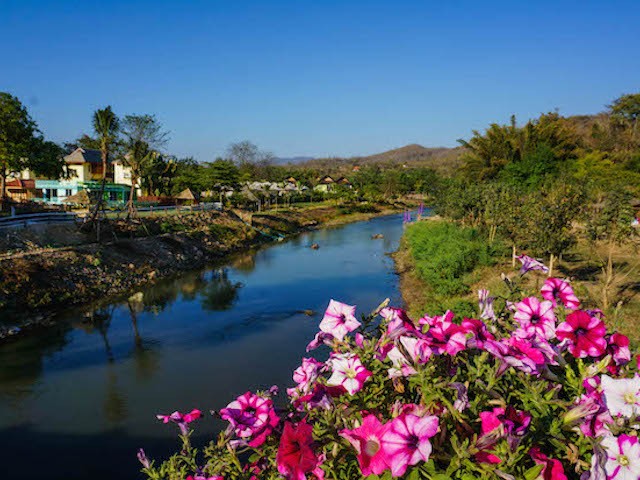 4 Places to Travel in Southeast Asia on a Budget

Southeast Asia is rich with cultural diversity, history, and adventure plus all available to see … Read more 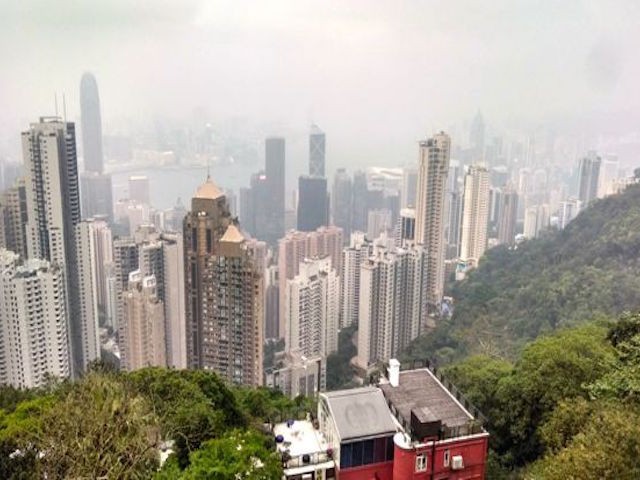 So Many Places, So Little Time! A Spring Break Adventure in Southeast Asia