Although Shanghai may seem like a non-traditional place to study abroad, this city is a popular destination for students looking to study in a fast-paced international city. Teeming with plenty of things to fill your weekend, your stomach and your brain, this Chinese hub will definitely keep you busy.

Here are ten of our favorite things about Shanghai that make it a great place to study abroad:

Between the Shanghai Metro, bikes, taxis and Uber, you’ll never have a hard time getting around Shanghai. The Shanghai Metro is extremely accessible and easy to use. It’s also extremely cheap and costs between 2 to 4 RMB (roughly 0.30 to 0.60 USD) depending on where you’re traveling. Metroman is a popular app that has the entire Shanghai Metro map and will provide you with directions from one stop to another. All signs on the metro are translated into English and Pinyin. Even the arrival and departure announcements are repeated in English to make traveling easier. Many Fudan students rent bikes to get around campus and local areas. Used bikes can be bought for about 200 RMB (30 USD) to use for the semester.

Taxis are also an inexpensive option to get around town. Taxis can give you an opportunity to practice your Mandarin. If you’re a beginner or nervous about making an attempt to speak with the driver, there are multiple taxi card apps, such as Taxi Card Shanghai and Shanghai Places, that will write your desired address in Mandarin to show the driver.

2. it’s a Leader in Technology

China is an extremely technologically advanced country, which can be easily witnessed in everyday life. For example, China’s most popular messaging app, WeChat, has an integrated payment system called WeChat Wallet that is widely accepted across China. You can use WeChat Wallet to pay for a mobile top up, taxis, meals at restaurants, shopping sprees and sending money between friends. You’ll need a Chinese bank account to use WeChat, but if you’re studying abroad for a whole semester, opening one may be very beneficial.

3. The Food is Amazing

Think you know Chinese food? Think again! Shanghai boasts a large variety of Chinese cuisines in addition to its own local favorites. Some highlights include soup dumplings, sweet and sour fish, crispy fried sweet pork, sweet rice ball soup, mooncakes and many others. With a large expat community, it’s easy to find a variety of cuisines such as American, Indian, Italian, Thai, Bulgarian and many more. Students who study at Fudan University have the benefit of being by Da Xue Lu – a great eclectic food area. With all these options, it’s not difficult to become a regular at your favorite spots or never eat at the same place twice.

4. It’s A Travel Hub for China and Asia

Not only is transportation around Shanghai inexpensive and easy, but travel within China is very accessible from Shanghai. The city has four train stations with daily trips to major cities like Beijing, Guangzhou, Nanjing, Suzhou and Hangzhou. There are also two major airports with options to easily travel between other locations in Asia, such as South Korea, Thailand, Japan and the Philippines. The prices are comparable with that of a domestic ticket in the USA.

5. You will find a Contrast of Modern and Traditional

Although Shanghai is quite modern, you will find that it still maintains strong ties to its heritage and history. Just off East Nanjing Road, between many high-end modern hotels, you’ll find a park called People’s Square that is full of locals practicing Tai Chi. It’s also common to find ancient architecture with skyscrapers next door. Exploring Shanghai is a great experience for any history or international studies majors, but is also fantastic for someone who just wants to explore a contrasting modern-traditional culture.

6. There are so Many Things to Do

With a large variety of cultural sites, museums, nightlife and shopping, you’ll never get bored in Shanghai. Shanghai is home to over 20 museums with displays on art, automobiles, Jewish history and more. Shanghai also has three major amusement parks including Disneyland Shanghai, which is the largest Disney park in Asia. For a night out, students can pick from the selection of local areas around Fudan or travel to popular nightlife destinations in the French Concession or The Bund.

7. opportunity to study ABROAD at a top University IN CHINA

Consistently ranking in the top three schools in China, Fudan University holds prestige not only in China but globally too. In Shanghai, the campus hosts about 30,000 students, so you’re in for a large university experience in a big city. Fudan also offers courses in both English and Chinese with topics ranging across a large variety of disciplines. With this university on your résumé, you’re guaranteed to stand out as an applicant to any job.

The international influence in Shanghai is easy to see beginning with the colonial styling of The Bund. Shanghai also hosts a large expat community and their different cultures help make Shanghai a city where you can enjoy experiencing food, architecture and influences from all over the world.  Every year, Fudan University enrolls about 2,500 international students from a variety of countries. You’ll be surprised at the friends you’ll make from China as well as from all over the world.

It should come as no surprise that Shanghai is a top city for international business. Economists believe that China may become one of the leading economies by 2050. Many major Chinese and international businesses are based in Shanghai as well as many smaller companies and startups. Internships in Shanghai are common and available to those study abroad students who seek them out.

Shanghai is a great study abroad location for students on a budget. If you’re looking for a quick lunch, you can easily grab one for 15 RMB (approximately 1 USD) on your way to class. There are also multiple local markets around the city that have fresh produce. You can get enough produce to last you a week for 135 to 150 RMB, (about 20 to 25 USD). Eating and purchasing locally is much more affordable than eating out, so try some new recipes or cook with roommates. Home goods are also affordable. For example, pillows, trash cans, deodorant, or cleaning materials from Walmart rarely cost more than 40 RMB (less than 6 USD). If you want to go out on the town for cheap, many publications will also list free events in the area for the week, giving you plenty of opportunities to explore the area while maintaining a low budget. 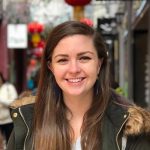 Lily had her first international experience when she traveled to Reutlingen, Germany in high school on an exchange program. While completing her Bachelor of Arts at Temple University, she studied and interned abroad in London during the fall semester of her junior year. When she returned, she realized that she had grown a huge passion for promoting students to think and live globally, and started to pursue a career in the field of international education. Prior to joining TEAN, she had the opportunity to work in student services and institutional relations.

Thinking about spending your semester in Shanghai or the ‘Pearl of the Orient’? Here’s how … Read more

Like any great major city, Shanghai has many diverse neighborhoods that each have their unique … Read more 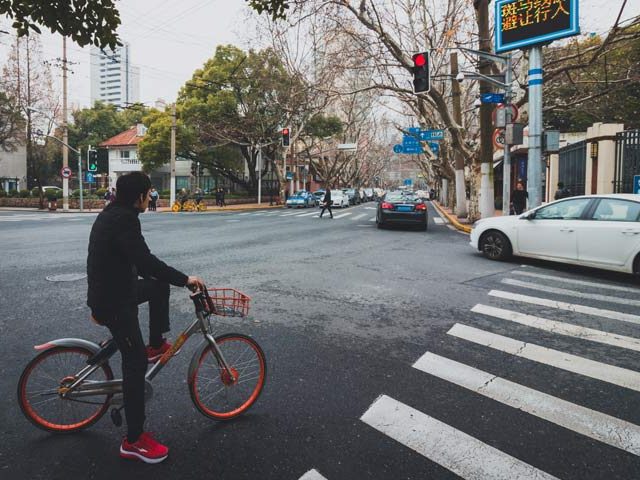 Study Abroad Sustainably: 6 Ways to Be Green in China 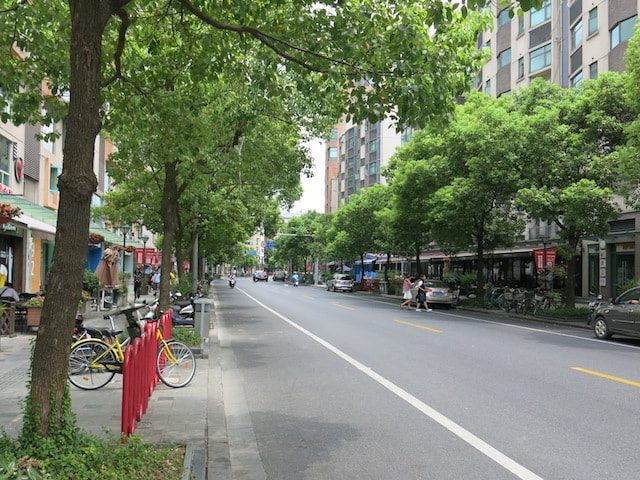 Not far from Fudan University in Shanghai is the trendy street, Da Xue Lu. This … Read more